Pastor Paul Waldschmidt delivers a sermon entitled “A Deal You Won’t Want to Miss” based on Matthew 24.36-44 at Peace Lutheran Church in Hartford, Wisconsin.

I know that Black Friday doesn’t exactly have the star power any more that it has had in the past, but the fact remains that if you’re a “deal hunter,” this extended holiday weekend is your 4 day long Super Bowl.  As I perused the ads on the day before Thanksgiving, I saw that you could pick up that TV that’s the size of a small billboard at Best Buy for $749. Kohl’s has the Fisher-Price Little People Work Together Construction site, regularly $49.99 on sale for $24.99. And if the DEWALT D55146 4-1/2-Gallon 225-PSI Hand Carry Compressor with Wheels is more your speed, your wish is Amazon’s command for the low, low price of $329.00.

The deals are everywhere this weekend, and one thing’s for sure—if you’re interested, don’t wait till Tuesday. Cuz once they’re gone, they’re gone. Or maybe not. If you pay attention to such things, you probably know that it’s been possible for shoppers to acquire many things at this weekend’s discounted prices for a couple weeks already. And that you’ll probably be able to get many of the same deals well into December as well.

While it might be okay to show up late to Amazon’s party, when Jesus talks about Judgment Day, he makes it clear that there’s no margin for error, timing wise. So we need to be ready when the time comes. His return will be the ultimate lightning deal and it is truly one we won’t want to miss.

He talks about it in Matthew 24. “No one knows when that day and hour will be, not the angels of heaven, not even the Son, but only the Father.” Some times, folks have questions about that last part, because on the one hand, they know Jesus is omniscient and yet he says that even He doesn’t know the hour appointed for his return. Don’t let it trouble you. Just remember that when Jesus was living his life here on earth, he willingly chose not to make complete use of every tool in his divine toolbox. For example, he chose not to be omnipresent for the roughly three decades of his earthly life, limiting himself to the confines of a human body. Similarly, he chose not to make full use of his omniscience for a few decades, so that during his earthly life, he didn’t know all the things that the Father and the Holy Spirit knew. At that time, in that moment, the date of his return was indeed unknown to him.

Anyway, that’s not the thing he wants us to focus on in these verses. It’s that no one knows when Judgment Day is going to be, no one knows that day or hour.  Certainly if he had consulted us on the matter, we would have told God the obvious. That if you want people to be prepared for something, you send them a save the date….and then an invitation with the date, time and place clearly spelled out…and then have them RSVP so that you can be sure that they have it on their calendar. “So Jesus, if this is a deal we don’t want to miss, could you maybe tell us when it starts and when it expires, so that we can make sure we’re prepared at that moment?”

But that’s the thing. He doesn’t just want us to be prepared at that moment. You can probably see how it would be detrimental to our faith in some ways if he told us that the end was coming say on…December 12, 2033 at 8:37 am. I mean, wouldn’t there be a part of you that would think, “All right….I’ve got 14 years. 14 years. I’ll battle most of my temptations today, but that one sin, the one that I have trouble overcoming, the one that I “want to, but don’t want to leave behind”…I can get serious about stomping out that one, in like 2031, maybe 2032. I’ve got time, more than a decade, in fact, before living my faith, sharing my faith, sharpening my faith become a necessity.” That may or may not be how we would think…but it’s definitely not the mindset that pleases or glorifies God. And so perhaps that’s why Jesus doesn’t send us a save the date. He wants us to think and live like today is the day. He wants us to always be ready.

Not only is the date and time unknown. But the end will be unexpected. Which means that the day play out like a normal day. 38In fact, in the days before the flood people were eating and drinking, marrying and giving in marriage, until the very day that Noah entered the ark. 39And they did not realize what was coming until the flood came and took them all away. That is how it will be when the Son of Man returns.

So be alert, because you do not know on what day your Lord is coming. So we know that we should be alert, wide awake, ready and prepared at all times for Jesus’ return. But what does that mean? What does that readiness look like in real life?

It doesn’t mean to sit on a lawnchair in your backyard with eyes firmly fixed on the horizon 24/7/365. First of all, it would get awful cold. Second of all, that’s not God’s will for his people in this world. Instead it seems to me that spiritual readiness consists of three things.

Being ready requires honesty. It’s our natural tendency to minimize our sins and to think, we’re not so bad. Excuses and loopholes, blame shifting and self exalting will not prepare us for the coming of the Son of Man. What will? An honest, daily examination of our thoughts and actions. An admission that we just aren’t the children he deserves to have. A realization of how utterly unworthy we are of his love. But honesty isn’t enough when it comes to being ready.

Being ready also means holding on to Christ. For as unworthy as we are, Jesus was worthy in our place of all God has to offer. And at our baptisms he gave his worthiness to us. And even when this world is destroyed, we say with the hymn writer: “Jesus, thy blood and righteousness, my beauty are, my glorious dress, midst flaming worlds in these arrayed, with joy shall I lift up my head.”  But perhaps we could add one more thing to honesty, holding on to Christ, when it comes to being ready.

Being ready means helping where you’ve been called to help. Again, think back to the lawn chair in the backyard. Were you to sit and wait there, you’d definitely see Jesus coming on the day of his return. But when he showed up he might just say, “What have you been doing while you were waiting for me?” He’s asked us to help others where we’ve been called to help. He’s asked us to be managers and workers, spouses and parents, siblings and sons and daughters, friends and neighbors and community members and Christians. Be the best (fill in the blank) that you can be. Do that with all your energy, for the glory of God and for the benefit of those around you. Do that and you will be doing exactly what he expects you to be doing on the day of his return.

Honest. Holding to Christ. Helping. That’s how to be ready at all times for the day of Jesus’ return. And you’ll want to be ready, no doubt about that, because heaven with Him, is a deal none of us will want to miss. Amen. 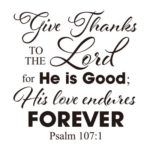 Be Warned
Scroll to top