Easter eggs.  I’m not talking about the kind you decorate and hide in the backyard.  I’m talking about the hidden images in movies.  Movie makers sometimes include neat little details that you might initially miss.  They are kind of hidden, like Easter eggs.  For instance, did you know Alfred Hitchcock made a cameo appearance in 39 of his 50-some movies?  So if you were to spot him in one of those movies – you would have found one of those Easter eggs.  Just for fun, here a few other examples:

The 1982 science fiction movie TRON.  The bad guy is trying to locate and get rid of the good guys.  He’s looking at a tracking map.  But if you look closer, you can see PacMan.

In Raiders of the Lost Ark, Indiana Jones is opening the stone lid to a vault – and if you look closely…you can see images of R2D2 and C3PO from Star Wars.  George Lucas wrote both stories.  In fact, on the wall behind them is this image mixed in with the other hieroglyphics.

In Toy Story, Woody is trapped under a crate.  The crate is weighted down by a toolbox…from Binford Tools.  Tim Allen, the voice of Buzz Lightyear, starred in Home Improvement – a sitcom in the 90’s.  His fictional tool company was called Binford Tools.

Easter eggs – images that are hidden…you have to look for them.  Ok.  Great.  When is the sermon going to start?  This Gospel account, I think, has a few of those little phrases or words that deliver a deeper message…a few Easter eggs, you might say.  They aren’t intentionally hidden but It’s easy to pass over them.

Here are the first four sentences of our Gospel.  Lots of words.  But take a look at these words.  What do they mean?  Now he had to go through Samaria.

We can learn a little bit about her by these words.  It was about the sixth hour.  This isn’t a happy accident.  Jesus knew what he was doing.  He had to be there in that town at that well at this particular time.  The sixth hour is about noon.  The sun is high in the sky.  It’s bright.  It’s hot.  I lived in southern Texas for 6 years.  Nobody cuts lawn at high noon.  Early morning or later in the day – that’s when you do those daily and weekly outdoor tasks.  That’s true for the people living in Samaria too.  The women would gather water in the morning and in the evening – during the cool of the day.  That’s when the well would have been crowded.  That’s when people would have interacted with each other…carried on conversation…shared updates.  But this woman doesn’t go to the well when all the others do.  She chooses the heat of the day over interaction with people.

I suppose we learn why, from the section of the Gospel I didn’t read earlier.  It turns out, after a little bit of honest dialogue with Jesus, we find out this woman had five husbands in her past…and probably five divorces…and she was now living with a man who wasn’t her husband.  She just couldn’t get it right.  And now she was the talk of the town – in a bad way – and she had only herself to blame.

Can you see why Jesus had to go through Samaria to see her…talk with her…help her?  He does the same with us.  With the Samaritan woman he knew right where to find her weakness and shame so she would be ready to hear his gospel.  Can you imagine if it was you or me at that well that day?  It would probably take only a few moments of honest dialogue.  What if Jesus said…

He may not point to five different spouses and five different divorces like he did with the Samaritan woman, but he can point to five hundred different skeletons in our closet.  And yet he still desires to come to our town…our well…our home…our hearts.  Because he wants to give us living water…his forgiveness…his love.

Easter eggs are those hidden messages you have to search for and maybe…just maybe you might find them every once in a while.  The Lord doesn’t take something as important as his forgiveness and his love and hide it.  He displays his love in plain sight.

God IS on Your Side! 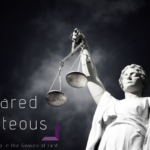 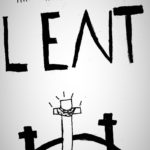