In the name of the unseen God who became real life flesh and blood to save us,

Dear Brothers and Sisters in Christ,

WYSIWYG. No it’s the name of some obscure character from the Hobbit. Neither is it the gibberish that comes out when you accidentally send a text from your pocket to some random individual. It’s an acronym—standing for What You See Is What You Get. Computer geeks will tell you that it started as a word processing term. Back in 80’s, apparently, user interfaces were not yet advanced enough to allow various typefaces, italics, bold etc. to be perfectly reproduced on the actual computer screen. Eventually, the evolution of Microsoft Word and others enabled the user to see on the screen exactly how the printed product was going to look–because it was a WYSIWYG program. It’s since become an important part of website design and desktop publishing programs as well.

“What you see is what you get” is a important thing in the world of computers. The opposite though is foundational principle for us when it comes to our spiritual lives. When it comes to God, it’s all about what he says in his Word—not what we see with our eyes. And that’s especially true of the so often unseen, yet unbelievably vital work of God’s holy angels. With them, so often, what you see is (not always) what you get. It’s so very much more.

So it’s good for us to see them every once in a while, if only on the pages of Holy Scripture, just so we can be reminded of how fearsome they are, how zealously they serve our God, how fiercely they fight on our behalf. Today’s word of God gives us glimpse of something we don’t usually get to see with our eyes—the assembly of the angel armies coming to the rescue. Today, in 2 Kings, chapter 6….Elisha’s servant learns that what you see is not always what you get. And we can learn that, too.

This story is, admittedly, a little obscure—it’s possible you’ve never it heard before. To summarize our lesson, the foreign king from the north is planning to attack Israel. To make it a little more easy to picture, let’s instead use the names of Wisconsin cities in our description.  The king confers with his generals and determines that Israelite forces are going to be in West Bend on Saturday. So they plan for the attack along Highway 45 at noon. But the Lord who rules over every king and supersedes every general, allows the prophet Elisha to know the where and when of the West Bend attack beforehand. He warns the Israelites and they stay clear of West Bend on Saturday. The Israelites go to Slinger instead. The enemy general hears about it, and marches his troops down highway 60 for an attack on Slinger. Again Elisha is supernaturally one step ahead of them and tells the Israelite army to get away from Slinger. After a couple swings and misses, the enemy general is getting pretty steamed. He wants to know who the leaker is in his administration, who’s the guy who keeps rat-finking our plans to the enemy so they can escape before we get there??? He finds out it’s not someone from his administration, but Elisha, the prophet who’s passing on the supernatural intelligence. So the king stops going after the Israelite army and sets his sights on killing the Israelite canary in the coalmine.

What shall we do? It’s not hard to imagine those words coming from the servant’s mouth. He’s still wiping the sleep out of his eyes, working on his first cup of coffee, when he walks out his front door looks up to see a thousand pairs of eyes staring back at him. The man of God and his faithful servant are pinned down by bloodthirsty predators who mean them harm. The terror rises in his throat. His face gets hot. Because everything he sees is telling him, “get ready to die.”

What shall we do? It’s not hard to imagine those words coming from our mouths. When our faith feels frail and feeble to begin with and then we see the bloodthirsty spiritual predators populate the landscape all around us with our souls in the crosshairs. When everywhere we look-the internet, the television, the phone, our jobs, our friends, our family, our own hearts present multiple opportunities for us to sin and sin grievously. When the temptation that has always proven our weak spot appears on the horizon once again, and the devil gleefully twirls his tiny little mustache because he’s sure we’re going to fall. The terror rightfully rises into our throats. Our faces get hot. Because death appears to be our fate. And not just “put us in a box, put us in the ground” death, but the eternal death that is our most unsettling nightmare, a nightmare from which we never wake up. What shall we do?

We may feel as exposed and vulnerable as the prophet’s servant staring down a finely tuned war machine. What you see is not always what you get. And what you see is never all there is.  “Don’t be afraid,” the prophet answered. “Those who are with us are more than those who are with them.” 17 And Elisha prayed, “O Lord, open his eyes so he may see.” Then the Lord opened the servant’s eyes, and he looked and saw the hills full of horses and chariots of fire all around Elisha.

Were the ones who were “with them” angels? Who else could they be? 1) They had been hidden from sight. 2) There are multitudes of them.  3) They stand ready to deliver God’s child from danger. That’s exactly how the Bible describes the angel hosts.

And although we don’t see them (or at least don’t realize that we’re seeing them!), we still have every reason to say, “Those who are with us are more than those who are with them.” Martin Luther said in commenting on this verse: “where there are twenty devils, there are a hundred angels, and if that were not so, we would long since have perished.” You want proof of angels’ existence? You’re still here and so am I.

I know, I know when we talk about angels, there’s always a part of us that wonders how we reconcile two competing truths. That we have angels who deliver us from danger on the one hand and that Children of God actually do get hurt sometimes. Can they both be true? For your answer look at the cross. Isn’t that always the answer? It’s where Jesus covered your sins with his innocent blood. It’s where you find proof of God’s great love for you. And it’s where the angels were given a stand down order as the firstborn child of God suffered bodily injuries that led to his death. Why didn’t the angels save him? Because if they’d saved Jesus from death, they wouldn’t have been able to announce that Jesus had risen from death a few days later. God told the angels to stand down because he had something bigger that he was trying to accomplish—the salvation of our souls.

The fact that injuries happen doesn’t disprove the fact that angels are awesomely good at their jobs. It’s just that sometimes, they have to make a sacrifice in the physical deliverance department to win the bigger battle in the spiritual deliverance department. Just know that they are there and they don’t lose—because the God they serve does not lose. They are fully and mightily armed, ready to protect, ready to defend. Those who are with us are more than those who are with them. Find strength in those numbers—even if you don’t necessarily see them. For what you see is not always what you get. Amen. 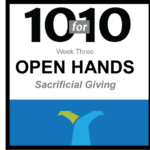 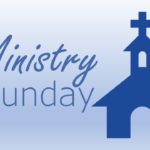