Pastor Jeremy Husby delivers a sermon entitled “Jesus’ Disciples Love One Another” based on John 13:31-35 at Peace Lutheran Church in Hartford, Wisconsin.

Picking out a theme and the hymns for tonight’s worship wasn’t that difficult.  Looking at the three readings together, it is pretty easy to see a common thread.  Your God meets you today, through his Word, to talk to you about love.

Now, certainly, there are many different aspects of love that could be discussed, but, especially in the account from John’s Gospel, set for special meditation tonight, there are two tiny words that help give context and definition to the who, what, when, where, and why of the love to which your God wants you to pay particular attention today.  Those two words are now and as.

The first of those words is found right away in verse 31.  Listen again: When he was gone, Jesus said, Now is the Son of Man glorified.

Cut out of context, it seems as though the evangelist John is playing the pronoun game for effect.  However, if you were to take a quick glance at the rest of chapter 13 of this Gospel, you’d recognize pretty quickly who it was that left, why he left, and why Jesus was with his disciples to share this discourse on love and discipleship with them.

The whole of John 13 records the night before Jesus’ death, as he met with his disciples in the upper room.  If you remember the events of that evening, it is pretty clear who John was referring to with the word he: it was Judas, and he was leaving to go and betray Jesus into the hands of his enemies.

Knowing and remembering that he is Judas makes that first important word tonight all the more interesting and impactful.  After he, Judas, left, Jesus then indicated that Now is the Son of Man glorified.

Do you remember the account of Jesus’ first miracle?  At a wedding in Cana, he turned water into wine.  But, if you recall, he did so somewhat begrudgingly.  After the wedding ran out of wine, Mary, Jesus’ mother, came up to him, expecting her very special son to do something about the problem.  Do you remember his response?  Woman, why do you involve me?  My time has not yet come.

His first miracle was not the occasion for him to be glorified.  It wasn’t when he fed five thousand, either.  Not when he raised Lazarus from the dead, gave his great Sermon on the Mount, nor when he calmed the wind and the waves on the Sea of Galilee.  Now is the Son of Man glorified.  Now?

Have you ever noticed that it is easier to feel and show love to someone who feels and shows love toward you?  When your husband cooks you the perfect steak, washes the dishes, and plays with the kids—all after you spent the day at the spa with the gift certificate he gave you, it is much easier to love him than after he comes back, dirty and smelly, from his week-long fishing trip with the guys, which, by the way, he scheduled to take place during your anniversary.

It’s much easier to love your friend who got you tickets to the playoff game than the friend who shared pictures of bbq party last weekend on facebook; the one to which you weren’t invited.  It’s easier to be kind and speak well of that teacher who bent over backwards to help your child with her math than the one who always seems to be picking on your kid.

Friends, the reason why Jesus waited until Judas went away to betray him to declare his glorified status is because of how difficult Judas’ actions made it to feel and show love to him.

For roughly three years, Judas had been walking around with Jesus, listening to him speak and watching him perform so many miraculous signs.  He kept close quarters with Jesus and was even entrusted by Jesus with the great responsibility of being the treasurer of the group’s bank account.

And, yet, after all of that, after all the love that Jesus felt and showed to Judas, Judas valued thirty pieces of silver more than the God-man who had been his best friend.

And now, after all of that, Jesus loved Judas when he showed himself to be unlovable; when he couldn’t have deserved it any less, Jesus resolved to show it to him…and everyone else who was undeserving of it—including you and me.

There are certainly times when it would appear that you are deserving of Jesus’ love in action toward you.  Like, perhaps, on a Thursday/Saturday night, when you have taken time out of your busy schedule to come and meditate on his Word, to sing his praises, and to hand over a portion of your well-earned paycheck to him and his work that continues here on earth.

However, while that may be how you are spending an hour this evening, how have you spent the other 167 hours this week? Were you always so focused on him and his will in your life?  Or, just maybe, were there times when you found your own 30 pieces of silver to grab your attention and the higher place in your own heart?

The truth of the matter is that, even when you spend your time following the footsteps of Jesus, inside and outside of this building, you are still unworthy and undeserving of Jesus’ love for you.  The sinful nature inside of you taints and tarnishes even the best things you do and causes you to be like little Judases each and every day—even right now.

And yet, now, even though you don’t deserve it, Jesus feels and shows love to you.  His glory is revealed in him enduring Judas’ betrayal, Peter’s denial, the scattering of the disciples for fear of the soldiers, the insults, the spit and the punches in the face, the flogging, the crown of thorns, the cross, and the suffocating death—all because he felt love for you and wanted to show it to you.  He endured it all so that you could spend all of eternity with him, with his blood paying the atonement price for your sins and making you perfect in the eyes of your God.

Because of Jesus’ work, now you are a blood-bought child of your God.  The glory of Jesus overshadows everything in your life that has made you unlovable.  When it was the most difficult time to feel and show love to you, Jesus did it anyway.

And, now, at this time, based on that context, Jesus gives this new command, that he originally spoke on Maundy Thursday, to you.  After he was gone and now that Jesus was glorified, the love that your God wants you to show to one another takes on a new meaning.

After all, loving one another wasn’t some sort of new idea that Jesus brought to the table for the first time that night.  The commandment to love had been in effect, really, ever since the Garden of Eden.  God placed that command in the hearts and consciences of his people.  In addition, when he set his commands in stone for his people, he included this idea of love as well.  Jesus also very clearly taught that all of the commands that God gave his people are spokes shooting out from his central teaching of loving God and loving your neighbor.  However, now, in the context of Jesus’ glory being revealed in showing love to the unlovable, this command came anew.

In the Old Testament, when God gave his people the command to love him and love one another, it was under the context of fearing, loving, and trusting in God above all things.  It was a directive given to people on how to avoid sinning.  If you want to be perfect, show love in everything that you do.  If you want your words and actions to be pleasing in the eyes of your God, you had better consider carrying them all out in love.

But, friends, here’s the difference in this new command that Jesus gave that evening so many years ago.  Listen again to the importance and impact of the word as:

Jesus’ command to love as he loved his disciples wasn’t based on him setting himself up simply as an example to be followed.  Instead, his love, showed to the disciples and to you and to me is what set them and you apart from the rest of the world and gives you your identity.

You love one another whether the other deserves it or not.  You love as Jesus loves you, which means that you love in the same way, for the same reason, and, especially in this command, because of and strengthened by Jesus and his undeserved love for you.  You love one another because you have decided to do so and will not let anything; not people’s past words and actions toward you, your numbed conscience,  or your own physical, mental, or spiritual struggles stand in the way of doing so.

Now is the time for you to show love as Jesus showed love to you.  It is what Jesus’ disciples do.  Amen.

Listen to the Good Shepherd’s Voice 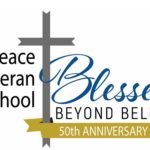 Meditation Based on John 14:1-3
Scroll to top