Pastor Jeremy Husby delivers a sermon entitled “Joseph Guardian of our Lord” based on Matthew 1:18-25 at Peace Lutheran Church in Hartford, Wisconsin.

It’s a love story. That is what this whole season of Advent has been building up toward. The angel, the Baptizer, and the prophetess Anna. The songs of Mary, Zechariah, and Simeon. They all set the stage, before and after, leading up to the peak of this narrative and back down again, for this greatest story ever told.

Now, tonight and tomorrow morning, you will most certainly hear the climax of this account. But, like any great Hollywood blockbuster, this tale can’t all take place on that peak of the mountain of joy. There has to be tension. There has to be struggle. The audience has to be lead to relate to the characters and, once they do, to feel the pain and the heartache of some adversity
that stands in the way of the star of the show.

Though you have followed along over some bumps and hurdles on the way, today’s gospel account relates an example of what might be the most heart-wrenching hindrance to love that human beings experience.

It is important to remember, though, as you watch this film unravel in the theater of your mind that, unlike big budget movies, this tale is not fiction. It isn’t simply
“based” on a true story with some literary liberties taken. This is actual and factual.

Mary and Joseph were real people. They weren’t simply forced together in some sort of arranged
marriage. They caught each other’s eyes from across the room. Joseph felt butterflies when Mary entered a room. Mary blushed when Joseph whispered sweet nothings into her ear. They felt nervous about saying “I love you” for the first time.

Now, to be fair, things were a little different back then. It was a different culture, so some things need a little further explanation. After Joseph popped the question, they did become engaged, but engagement meant a little more than it does today.

In the eyes of their family and friends, their community, and even their God, their engagement meant that they were husband and wife. The difference was that, throughout their engagement, they would remain living in their parents’ homes until plans could be made for a great wedding banquet, likely about a year later. And, most important to remember for today, that meant that the physical part of their husband and wife relationship would also be reserved for after the marriage feast and festival.

But, during that betrothal, their dramatic romance became a crushing tragedy. After spending 3 months away at Elizabeth’s, her elder relative’s, house, Mary started showing. She was pregnant. And, because
Joseph was a righteous man, there was no chance the baby could be his.

As deep as his love for Mary burned in his heart, so devastatingly did he feel this apparent betrayal. Did all of the stolen glances mean nothing? Was he not enough of a man for her? Did he mean so little to her
that she could ruin not only their relationship, but their lives in the community as well? Would anybody now buy a table built by a man who couldn’t keep his wife? Would anyone be able to ignore his shame and hire him solely on his carpentry skills?

With redeeming quality, Joseph decided to take the high road. Rather than suggesting her name for
stoning, his love for her won out against his hurt. He decided his only solution was to cut his losses and
divorce her quietly. That was the only answer that he could find on his own. But, thankfully, he wasn’t the
only one working toward a resolution.

After he had considered this, an angel of the Lord appeared to him in a dream and said, “Joseph son of
David, do not be afraid to take Mary home as your wife, because what is conceived in her is from the Holy Spirit. She will give birth to a son, and you are to give him the name Jesus, because he will save his people from their sins.” All this took place to fulfill what the Lord had said through the prophet: ‘The virgin will be with child and will give birth to a son, and they will call him Immanuel”-which means, “God with us.”

Cue the dramatic music and an Oscar-worthy look of understanding on Joseph’s face. All the pieces of the
story arc were now falling into place. In a gripping twist, along with Joseph, the audience begins to realize that this love story doesn’t center on him or his relationship with Mary. He isn’t the star of the show. Instead, it is all about lmmanuel. The love story is God
with us.

Like a superhero movie paying homage to the whole comic book universe, the angel’s message to Joseph
brings in the rest of the characters of the story. His words call to mind volume 1, issue number 1-the one with Adam and Eve in the Garden, along with the rest, like Abraham and Isaac, Moses and Pharaoh, Kings David and Solomon, and, most importantly, you and me.

You are to give him the name Jesus, because he will save his people from their sins.

Joseph did not divorce Mary, but, instead, did exactly what the angel told him to do. Even though, by all
appearances, she did not deserve it, he loved her anyway. Does that sound familiar?
Joseph, in this Gospel today, serves as a shadow of his step-son, showing a small glimpse, in his character, of a true characteristic of Jesus. His name is Immanuel, and Joseph was to give him the name Jesus, because he is so faithful to you that he became God with us to save you, his people, from your sins.

But, in Joseph’s character, you don’t only find a glimpse of Jesus’ true characteristic, but your own as well. The reason why Joseph jumped to his first conclusion wasn’t simply because he lived in a sinful world where it wasn’t out of the ordinary for a woman to cheat on her husband. He came to that conclusion because of his deep-seated character flaw-the true malady of this love story-he was sinful and needed to be saved.

Thankfully, messenger from God came and made him understand by sharing with him the Word of his God.

When the tragedies of your life strike, when the adversities that you face are more than just perceived betrayals by a loved one, but actual and factual sufferings and pains, remember that while they may hurt you deeply, they are not the main malady of the story.

Listen to a messenger called by God who shares his Word with you. It’s a love story where Jesus is the star of the show and he made himself Immanuel, which doesn’t mean God with Joseph or God with Mary or God with any of them. The love story is God with us.

Jesus became a human being to demonstrate his great faithfulness to you. At the creation of the world, he announced his love to you and to all of humanity and expressed his desire to share his life with you for all of eternity. But, because a marriage to Jesus is a little different than the weddings of this world, your engagement to him lasts as long as time lasts on this earth.

During your engagement, you were unfaithful to him, but, because he is the righteous man, he took the high road. Rather than suggesting your name for stoning or the eternal flames of hell, he took the high road. His love for you won out.
Unlike his shadow, though, your Jesus didn’t seek to divorce you quietly. He kept his betrothal despite your betrayal. And, even more, he made it so that you would not experience the painful effects and consequences of your unfaithfulness.

Because he united himself to you when he took on human flesh, his faithfulness to you and to the Law of
God was substituted in place of your unfaithfulness and the times when you have broken God’s Law.

And because he has kept his vow to you, your engagement, still stands. And because of his great faithfulness, you can endure this Advent anticipation with certain hope, knowing that your husband is coming soon to take you to a wedding feast that is, quite literally, out of this world. And, afterward, you will live with him, in his home, forever-where you will, in truth, live happily ever after. Amen. 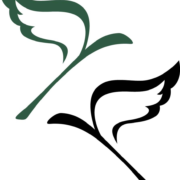 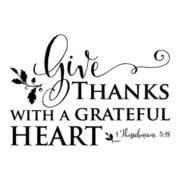 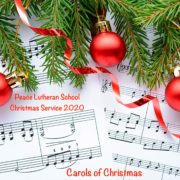