Pastor Aaron Steinbrenner delivers a sermon entitled “Be my rock of refuge to which I can always go” based on Psalm 71 at Peace Lutheran Church in Hartford, Wisconsin.

Two teenage girls were in the kitchen cooking when all of a sudden a grease fire broke out.  They panicked.  They ran…out of the house and into their front yard.  A neighbor came to their aid, learned of the fire, and calmly asked if they had any fire extinguishers.  The girls said yes, in fact, they had three of them…handy, right near the kitchen.  So the neighbor calmly but efficiently zipped into the house, located an extinguisher, and quickly put out the fire.  You see, help had been right there, but the girls just didn’t see it, think about it, or know how to use it.

Do you think that ever happens to Christians today? Do you think Christian believers ever get weighed down by burdens or surprised by hardships or overwhelmed by trials to the point that they panic a little and maybe even run right by the help which is right there before them?

Today, the Psalmist shows us the importance of knowing where our help is found and then how to use that help.  The help, obviously is the LORD.  Referring to the Lord, the Psalmist says…My Rock of Refuge to which I Can Always Go.  At every stage of life…thru every chapter of our lives…in any circumstance of our lives…God is our rock and our refuge.

Psalm 71 doesn’t specifically mention who the author is.  But because of some of the familiar phrases and where in the book of Psalms it is located, most everybody agrees that Psalm 71 was written by King David in the late stages of his life.  And if we are looking for an example of someone who turned to the Lord throughout the different stages of his life, I can’t think of a better example than David.

Just open up his scrapbook.  Do you see the picture of young David tending sheep.  And there’s a picture of him taking a sack lunch to his brothers who were off at battle.  Oh, and look at this picture of David trying to wear the armor of King Saul…he’s drowning in it.  And this one – David carrying a sling shot with Goliath towering over him.  How will this shepherd boy ever defeat the giant?

And here’s another picture from a different time in his life.  It’s a picture of him hanging his head in shame.  Nathan the prophet had just visited him…reminded him of how he stole Uriah’s wife and took Uriah’s life and then tried to cover it all up.  Great King David had fallen…the moral leader had had a great moral laps.  What an embarrassment to himself and to his people. How could this guilt and shame ever be lifted?

And here’s a sad photo.  David, fearing his newborn child might die.  He eats no food.  He lies on the ground.  He prays and prays.  And yet his child does indeed die.  How will he ever be comforted?

You know the answers to those questions.

It was the Lord who took away David’s sin, as far as the east is from the west.

It was the Lord who comforted David even in his darkest hour.

Do you have sins to confess?  Have you allowed worldly things to take a priority in our life while God has been cast aside?  Have you allowed yourself to coast a little bit, treating your Christianity kind of like a diet…sometimes you’re serious about and well, sometimes you’re not?  Do you have sins to confess that no one knows…sins you’d hate to be revealed?  Have you been weighted down by guilt?

Instead he’ll turn you to Jesus.  He won’t treat you as your sins deserve, instead he’ll treat you in grace.  He’ll lift away the sin and remove the guilt and cover you with forgiveness.  And he’ll give you a promise so real you can taste it.

Some have called Psalm 71 a prayer for aging believers.  That’s because David was up in age…and I wonder if he started to feel a little irrelevant.  Have any of you ever felt that way?  I was surprised when I looked up challenges that older people face.  I saw the usually suspects – diminishing immune system, loss of eyesight and hearing and memory, fragile bones.  On that list – depression.  I wonder if David was depressed when he realized he wasn’t the strong king any more…when his own family members were trying to oust him.  I wonder if any of our aging members get depressed when they realize they can’t do the things they once could….aches and pains increase…health decreases…children and grandchildren move away…loved ones pass…the house gets quieter…or maybe the house gets traded in for assisted living.  Young or old, do you ever get depressed?  Every start to feel unwanted or irrelevant?

Those two teenage girls were just too preoccupied to realize they were running right past their source of help.  There was a fire in the kitchen…and all they could think about was running out the door.  No matter what stage of life – you’ll have problems and challenges and maybe a few grease fires…young people have young people problems and old people have old people problems.  Lord, give us the mind and the heart…so that all we think about is running to you, our rock of refuge.  Amen. 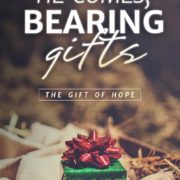 Jesus is Your Good Shepherd 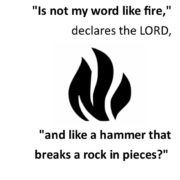 The Story of Sodom Gives Us Advent Hope
8 replies

Seek the One Who Sought You 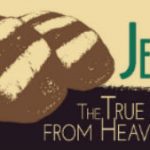 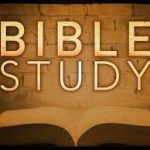