Pastor Jeremy Husby delivers a sermon entitled “Christ The King is Our Righteousness” based on Jeremiah 23:2-6 at Peace Lutheran Church in Hartford, Wisconsin.

For the context of that question, it is good to remember when God spoke these words through Jeremiah and what difficulties his people were enduring at that time.

You may remember that God’s people were at the beginning of what was going to be a rough time for them.  King Nebuchadnezzar had travelled West from Babylon to besiege the great city of Jerusalem.  The city of peace was surrounded by an army.  Trades that went in and out of the city had been cut off completely.  Provisions inside the gates were getting depleted.  And, it wasn’t just money, food, and other goods that were going away.

The Babylonian army had already gathered the first of three different deportations; taking from the city people who appeared to be the best in the land; those who might stand up to fight against the army, and putting them to work back in the land of Babylon (included in that first deportation was Daniel, the man who survived the lion’s den).

And, as if that weren’t bad enough, Jeremiah had prophesied to the people that all this was going to happen.  He told them who.  He told them when.  He even told them how long it would last.  The reason, of course, that Jeremiah knew and was able to tell them all these truths ahead of time, was because God was the One working behind the scenes to arrange it all; compelling a pagan king from hundreds of miles away to invest himself in the lives of God’s people—to execute upon them the consequences of their own continued idolatry and ignorance of God and his commands to them.

Through prophets like Jeremiah, God gave the inhabitants of Jerusalem warning after warning, calling them to repentance and promising, as you heard a few weeks ago, that he would happily and joyfully relent from sending those Babylonians if they would only listen to him.

But, of course, they didn’t.  They worshipped false gods instead of the God who had delivered them in the past.  They sacrificed the greatest physical gifts that God had given to them—their children—to a statue called Molech.  They had rules and regulations that were meant to keep them on the straight and narrow path to heaven and they ignored them.  They, instead, followed every and any dark and disgusting detour that would divorce them from their faithful God.

While the people of Jerusalem, themselves, were most certainly responsible for, and deserving of, this deportation and captivity by the Babylonian army and King Nebuchadnezzar, the words before you today also take issue with another responsible party.  Listen again:

Therefore this is what the LORD, the God of Israel, says to the shepherds who tend my people: Because you have scattered my flock and driven them away and have not bestowed care on them, I will bestow punishment on you for the evil you have done, declares the LORD.

Even the men that God had put in place to watch over and guide his people out of the dark alleys of sin they had wandered into were being unfaithful to him.  They did not do their job and, instead, were leading them astray by their own words and actions.

Even a word that carries with it such great gravitas as dire doesn’t delve deeply enough into how bad the situation was for the people God had once claimed to be his own.  It was bad and it was only going to get worse.

Bad and only going to get worse.  Is that a description that you can identify with as well?  You may not have a foreign and pagan king besieging the city of Hartford, but do you, too, experience the consequences of sin in your life?

Was it as difficult for you as it was for me, last weekend, to sing Jerusalem the Golden?  Did your heart twinge a bit as you took the time to remember those people who have transferred from the Church militant to become the Saints Triumphant?  Did your mind turn to the people in your lives who are struggling through the ravages of cancer and the other sicknesses who might also be transferring soon?

Or, instead of that ultimate consequence of death, do you see how sin has affected your personal relationships with others?  Or do you sit at night scared that WWIII could start at any time?  Or do you fear the fallout from another economic crisis, whether on the national level or simply in your own checking account?

The pangs of sin surround you and, unfortunately, like the inhabitants of Jerusalem, no matter if the shepherds placed over you are good or bad, those shepherds may get their own reward or punishment, but they can’t change who you are.  You are imperfect.  You are not righteous.

The days are coming, declares the LORD, when I will raise up to David a righteous Branch, a King who will reign wisely and do what is just and right in the land.  In his days Judah will be saved and Israel will live in safety.  This is the name by which he will be called: The LORD Our Righteousness.

You did not need a better guide or a better rulebook in order to get into heaven.  You needed righteousness, and you could not get it on your own, so God acted.  God gave you righteousness.  The prophet says here that the gift God gave is named The LORD Our Righteousness, but for all of your years, you have probably called him by a different name: Jesus.

Jesus lived a perfect life.  Jesus, alone, earned righteousness before God.  And, then, he gave it as a gift to each and every one of you when he sacrificed that life on the cross.

And how could that gift possibly get applied to you?  Because the LORD Our Righteousness, the righteous Branch, who was raised up o David, is also the King, described in our second lesson from Colossians as the One who, in all things, has the supremacy, what he says, goes. 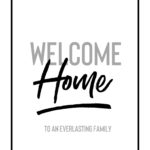 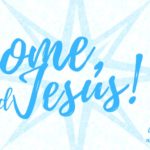