Pastor Jeremy Husby delivers a sermon entitled “Jesus is the Lord of Life and Death” based on Mark 5:21-24, 34-43 at Peace Lutheran Church in Hartford, Wisconsin.

When the Pharisee Nicodemus, the member of the Jewish ruling council, came to meet Jesus in that famous section of John, chapter three, he did so under the cover of night.  It was a secret meeting.  Nicodemus didn’t want his coworkers to know that he was going to see, and to talk with, Jesus.  He was likely afraid of what they would have not only thought about him, but also what it might have meant for his career.  He couldn’t be seen or known to hang around with Jesus, the troublemaker.

Jairus, the man in the Gospel account today, came under no such pretense.  He didn’t care what people thought about him, what they might say to him, or what it might have meant for his career.  Yes, he was a synagogue ruler.  Yes, Jesus’ work was, in some ways, making his own job obsolete.  Yes, there would be consequences for being seen or known to hang around with Jesus, the troublemaker.  But, that didn’t matter to him in the least.  There was only one thing on Jairus’ mind; only one thing important to him.  His beloved daughter, his 12 year old girl, was dying and Jesus was the only one who had the power to help.

Have you ever had to get a second opinion?  The doctors say that they can’t do anything to help.  The disease has taken its hold and no amount of surgery, therapy, or medication will change that.  They say they could possibly slow it down, give you a couple more weeks, months maybe, but there is nothing else to do other than just make your loved one more comfortable in their last days.

Well, that may be what Hartford hospital has to say—but what about Froedtert?  The Mayo Clinic?  St. Jude?  That drive down to Milwaukee wouldn’t bother you a bit.  Plane tickets to Minnesota or Memphis?  Who cares how much they would cost, just get me a flight as soon as possible!

The bible doesn’t say exactly how Jairus knew that Jesus had the ability to help.  Mark’s Gospel, prior to this account, reads like pop star’s summer concert tour.  Jesus performed here and there, sometimes twice in one day.  He drove out a demon and healed a leprous man.  He went to a different town, there healing a paralyzed man and performing an exorcism.  He went out to sea, calmed the storm, came to land, sent demons into a herd of pigs, and crossed back over to the other side of the lake where Jairus was waiting for him.

It’s possible that Jairus heard about, or even saw, some of these miraculous signs.  Maybe members of his family, seeing him in distress, mentioned the man who worked wonders as a last ditch effort.

Jairus got the second opinion he was looking for.  The healer was going to heal.  He must have been so excited as they traveled back to his home.  But then came the terrible news.  Some men came from the house…Your daughter is dead, they said.  Why bother the teacher any more?

He trusted.  He had faith.  He believed Jesus had the power to help and Jesus had agreed to help.  But now it didn’t matter.  His beloved daughter, his 12 year old girl, was now dead.

Jairus had seen her suffering.  He heard the local doctors tell him that death was just around the corner.  No matter how much hope he held out in his attempt to get Jesus to help, it didn’t change the fact that he knew that the death of his daughter was something he would almost certainly have to face in the near future.  However, no matter how much you prepare yourself for that which will eventually come, it still comes with shock and surprise and pain and overwhelming sadness.

It wasn’t some sort of failure of faith, it was simply facing the reality of the situation.  Even the most minor of medical procedures have a chance for complications.  And, the reality of life in this sinful world makes you face reality in more situations than the severity of life and death.

You can have the strongest faith in the world, but still have to face the truth that you might, at any time, lose your job.  Your wife could, one day, decide to leave you or, maybe worse, carry on with someone else while still staying with you.  The house could go up in a fire, the transmission in your Toyota might drop, or your friends and family could find out about that sin you committed in secret and you would have to live the rest of your life in boatloads of shame, day after day.

That, brothers and sisters, is not doubt.  That is not an empty faith.  Recognizing the distinct possibility that any of those, including life and death situations, could happen at any time is not sinful.

The thought of moving mountains, simply by faith, might be intriguing, but don’t you have more pressing matters to attend to in faith?

Don’t be afraid; just believe that your job loss doesn’t mean the end of your livelihood.

Don’t be afraid; just believe that the difficulties in, or even the end of, your marriage doesn’t mean the end of your experience of love in your life.

Don’t be afraid; just believe that God will forgive even that sin that shames you.

Don’t be afraid; just believe that even though you are suffering right now so terribly, it will not last forever.

Don’t be afraid; just believe that the same Jesus who raised the daughter of Jairus back to life was raised to life again, himself, after the death he died for you and your sins.  Don’t be afraid; just believe that he shares the benefit of his death and the power of his resurrection with you and that he delivers and demonstrates it, just as he did for Jairus, through his Word.

Don’t be afraid; just believe his promises to you.  Do not worry about your life, what you will eat or what you will wear he promises.  Never will I leave you; never will I forsake you is his pledge to you.  I know the plans I have for you he declares.  He invites all who are weary and burdened to come to him and he vows that he will give you rest.

Your daughter, dad, or friend might not rise to live here on this earth with you again, but that doesn’t change his lordship.  The suffering, pain, and even death that you see and experience is only temporary.  It is possible that those circumstances will be removed now, but, even if they aren’t, you can believe beyond any shadow of a doubt that the Lord of life and death will use his power and authority for you.  He will remove you from this world of sin and sickness, pain and sadness, when he wakes you from the sleep of death.  He will take you by the hand and allow you to feast at his banquet for all of eternity.  Amen.

A Deal You Won't Want to Miss 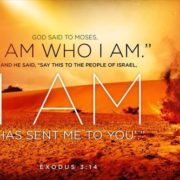 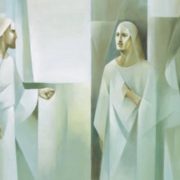 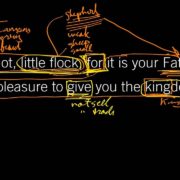 Treasure What is True 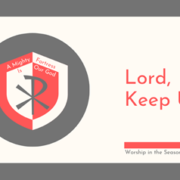 God is Our Guide 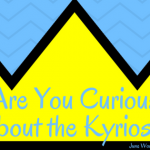 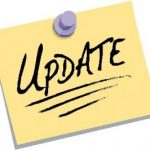