Pastor Jeremy Husby delivers a sermon entitled “Listen and Turn!” based on Jeremiah 26:1-6 at Peace Lutheran Church in Hartford, Wisconsin.

As Laila and I crossed the border from Ohio into Michigan last weekend, my patience was put to the test.  A little claustrophobia crept up as construction barrels and concrete dividers couldn’t have been closer to the car.  And then, it happened.  The voice from my gps yelled out “In one mile, take exit two.”  The only problem was that, because of the construction, there was a little orange sign, a mile before exit two, that we passed as soon as the little lady inside the gps mentioned it, that we needed to take instead.

The distance of the journey.  Too much caffeine.  Traffic and road congestion.  Maybe the Avett Brothers songs were too loud on the radio.  Either way, whatever it was, I was distracted and wasn’t paying attention to the important sign that I needed to see.

Have you ever found yourself in a situation where you may have been watching, but you haven’t always been seeing?  Have you been hearing, but not always listening?  Have you touched and tasted, but not necessarily been feeling?

Whether it is in traffic on a road trip, in your career, or simply in your regular relationships, you have probably experienced that in one way or another.  But, how did it get that way?  How did it get so bad?  How in the world have your senses become so dull to the sights and sounds that surround you?

Could it be what your eyes have been watching?  Armed robbery, murder, and rape aren’t just awful stories you see on the evening news every night.  They also happen to be the plots of award winning streaming shows and movies; or the only ones worth watching, anyway.

Or, maybe, it is what your ears have been hearing.  The latest gossip about your favorite Hollywood star; the coarse jokes you and your friends tell each other; the self-centeredness that is central to so much of the music that is stored in your itunes playlist.

Or, for you, is it the items you ingest for the very purpose of dulling your senses?  Painkillers can be abused to hide much more than chronic back pain or migraines and those bottles of booze aren’t always emptied only when you have a group of friends over to party.

The things you have viewed used to hurt.  The sounds used to cause you to shudder.  But now, doesn’t it work well enough just to ignore it?

But that’s not even the worst of it.  If it were just a matter of being more judicious in your choices of TV shows, music, and your alcohol intake, it might take some doing, but those are temptations that you could remove from your life eventually.  But, as Jesus once said, it isn’t the things on the outside that make someone unclean.

This slippery slope, that is so tempting to ski on, leads down a scary path.  If punishment is no longer a threat, why would Jesus be any comfort?  If you don’t see terror in the tomb, Christ’s empty tomb becomes just like another news story that you listen to in order to pass the time before Easter brunch.

Brothers and sisters, I have some terrible news for you.  God has the same message for you that he had for the people of Judah those thousands of years ago.  You might not be frightened, but you should be.  Stop hearing and listen:

Earlier in Jeremiah’s prophecy there is a little more information about Shiloh.  It used to be a place of worship.  It was a place of consolation for the Israelites.  But God had no qualms about allowing the Philistines to destroy a place he once even called his dwelling.

Brothers and sisters, God’s threat is real and well evidenced.  He has the power to destroy and has warned you against the same.

Repentance is an interesting thing.  The way that Lutherans use the word “repent” is exactly what is being talked about in this lesson from Jeremiah.  Repentance is about turning away from evil ways.  Imagine yourself walking a straight line.  Repentance means turning 180 degrees around and walking the complete opposite way.  Repentance is walking and seeing that the way you are headed leads only to death and damnation, and turning to the light of life and Salvation.

In the midst of the threat of destruction, God hides here a message of comfort and consolation.  When you repent, God will relent.  Notice that God doesn’t say, “Perhaps they will listen and perhaps I will relent.”  God doesn’t act in hypotheticals.  As sure as is God’s threat to destroy, so sure is his promise to relent.  And, in order to show how trustworthy his promise is, God not only calls you to repentance, he brings about repentance in you.

Because you were dulled by the Devil, the world, and your own sinful self, there was no way that you could see that you were walking down that path of death and damnation.  So what did God do?  He used your parents as walking, talking wheelchairs to bring you up to his baptismal font.  There the Holy Spirit worked through his Word, a little water, and a man in a white robe to pick you up and turn you completely around.

When it becomes difficult to hear, turn away from the white noise of the world around you and listen to God’s Word as he speaks his words of sin and repentance to you.  When your sight seems blurry, turn away from the monochromatic mush around you and see the cross of Christ marching before you on your new path to eternal life.  When you are dulled by the pain of the world around you, turn to the double-edged sword of the Spirit to fight against your enemies.  Listen to him and turn from your evil ways.  Repent—and God will relent.  Amen.

Free to Be Yourself 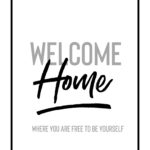 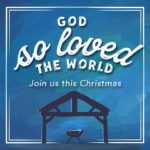 Join Us for Christmas Worship
Scroll to top