Pastor Aaron Steinbrenner delivers a sermon entitled “Free to Be Yourself” based on Luke 8:31-36 at Peace Lutheran Church in Hartford, Wisconsin.

If I say “4th of July” you’d probably start thinking about Independence Day…fireworks…red, white and blue…parades.  Other countries have their own versions of Independence Day too.  I’m going to show you some pictures.  See if you can guess what country is celebrating its freedom.

India celebrates their freedom on August 15 – commemorating the day Parliament shifted sovereignty away from the United Kingdom to India.  They celebrate with parades and songs and waving flags and flying kites.

This is Mexico. They have parades too…and bullfights and rodeos…commemorating their freedom from Spain.

This is Indonesia.  And this is unique.  They climb greased-up poles in an attempt to reach the prizes on top.  They also have eating contests.  AND…they celebrate their independence by painting old building and cleaning up the rundown parts of town.

We want to talk about another Independence Day, but we won’t be talking about kites or fireworks or bullfights.  This Independence Day began with a hammer…some nails…and a wooden door.  Back in 1517 Martin Luther posted 95 theses on his church’s front door.  That was a normal place to post things – he wasn’t being disrespectful.  He wanted to have a conversation…a healthy debate about some teachings in the church and how they stacked up against the words in the Bible.

Martin Luther was on a journey toward freedom.  And if anyone needed freedom it was him.  Prior to this he had felt captive, jailed-up…not in a prison cell but in his own heart.  He didn’t feel worthy to be a monk (he was right about that!) or even to be called a child of God (he was right about that too!).  But here’s where he was wrong – he tried to make himself worthy – he starved himself, whipped himself, secluded himself from others.  None of that worked.  Finally, after a long journey, he started to see glimpses of freedom the more he studied God’s Word.  And I guess you could say October 31, 1517 was his Independence Day.  You know it as the Reformation.  In John chapter 8 Jesus talked about that freedom that can be found in his Word:   If you hold to my teaching, you are really my disciples.  Then you will know the truth, and the truth will set you free.

Of course the initial response from the Jews at that time was this:  “We are Abraham’s descendants and have never been slaves of anyone.”  Had they forgotten about the 430 years of slavery in Egypt?  Had the forgotten about the Assyrians and Babylonians and the Romans?

I think people forget about captivity today too.  I read an article recently.  I want to share a few phrases.  It was written by a former addict.

You may know someone who has battled with addiction or is battling with addiction.  That someone may be pretty close to home.  Statistically they say about 10% of Americans deal with some form of substance addiction.  On top of that, they estimate that nearly 46% of Americans have some kind of addiction – either behavioral or substance.  So nearly half of all people might look in the mirror and say, “I’m a slave to my addiction.  I don’t like who I am.”  But Jesus broadens the scope.  He wants to make sure everyone is looking into that mirror.  He says, “Everyone who sins is a slave to sin.”

I see the habits I can’t break and the sin I can’t shake.  I’m trapped.  I’m caged.  And I can’t get out.  I need an Independence Day.  If you hold to my teaching, you are really my disciples.  Then you will know the truth, and the truth will set you free.

And it began with a hammer…some nails…and a wooden cross.  You see, our freedom…our independence came at a high cost.  Jesus was nailed to a cross.  This was a normal place to hang criminals, but this man was no criminal – he was the perfect Son of God.  His friends had left him.  His strength was wasting away.  His own Father was turning away. And all Jesus had left were three words: “It is finished.”  You may recall the temple curtain was torn in two.  That’s not all.  Our shackles…our chains – they were broken to pieces.  “It is finished.”  Our sins had been paid for.

That’s the truth.  And the truth will set you free.  Of course, we shouldn’t misunderstand what Jesus means by freedom.  Because the world offers some freedom and independence too.  The voices are loud and many which say:  You are free to be yourself and that means… 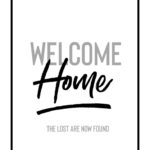 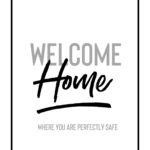 Listen and Turn!
Scroll to top