Pastor Paul Waldschmidt delivers a sermon entitled A Shelter in the Storm based on Psalm 46:1 at Peace Lutheran Church in Hartford, Wisconsin.

Big, black clouds billowed up more and more and they were starting to move in that wild, frantic circular pattern. I could see them as I stared out the back window of our family Chrysler. I was only about 10 years old, and I had never seen a real live tornado before, but I had seen enough on TV to know that when one approached, you didn’t want to be outside or traveling in a car or far from home.  And that’s what we were. Trying unsuccessfully to stay ahead of the storm. Soon the rain was coming down sideways, pelting the windshield in one relentless sheet after another. Simultaneous lightning and the thunder crashes were rocking the tiny town of Princeton, Wisconsin as we passed through….and then the tornado sirens went off.

Have you ever been in a situation like that? Of course, you have. Christianity is for people caught in the wild, frantic swirling clouds of this life. People who are constantly dodging the lightning bolts of an irritated world and unpredictable existence. People who are exposed and vulnerable, a long, long way from our heavenly home. And does it ever feel like we’re just doing all we can to stay ahead of the whatever storm is most threatening at the moment?

Are we chased by a sin from the past, maybe someone else’s, maybe our own—but regardless we cannot escape its memory, it still roils and churns, never lagging far behind, even as we watch it in life’s rearviewmirror?

Are we chased by temptations and the despicable demons who proffer them saying, “Even if you somehow manage to beat us this time, we’ll be back, nipping at your heels all day, every day, for the rest of your life.”?

I like to think I’m a pretty optimistic person, but this life is hard, and trying to beat all those storms is exhausting. Maybe we need to concentrate a little less on outrunning all those storms. Maybe we should seek refuge instead.

Because we can’t outrun every storm. And God didn’t create us to spend all of our lives running from this pain or that threat, always worrying that the storm will catch us or when the next storm is coming. He created us to believe in Him, to love him and serve him. So resign yourself to the fact that storms will come in this sinful world, and no amount of worrying will change that fact. Remind yourself that you have a God who is your refuge and strength. And no storm, no matter how threatening can change that fact.

No storm can separate you from the Father. As I get older, I’m more and more convinced that God set up our human relationships the way that he did in order to use the tangible to teach us about our relationship with him. I understand that sin has made a real mess out of some father/child relationships. But I also understand that the concept of a father got all the more real for me when I actually became one! Now I know from firsthand experience what’s in a father’s heart when he looks at his kids—how he enjoys their company, how he hurts when they hurt, the lengths he will go to to protect them, the commitment he has to providing for everything they need, how he seeks to teach them, to rescue them wherever and whenever they are in need. When you think of that stuff, remember, “That’s how God thinks about me.” That’s when you realize, you’ve got shelter from every storm.

And we can carry that family relationship thread one step further, because you also have a brother, the man Christ Jesus. Again, I understand that sin has made a mess of sibling relationships—so what I’m about to say isn’t true in every family. But ideally, those are the people who’ve known you longer than anyone else, and they might be the people who close your casket one day. The blood bond is one that supersedes all others. And the one time in all of human history that God became a human being, he did so in order to share your blood. And to shed his blood for you. To have a sibling whose affection for you runs so deep that he would die for you, that he would take your place and face the most horrific of punishments so you wouldn’t have to. When you think of that stuff remember, Jesus, the Son of God is your brother. A million voices can hate you, but the One that matters speaks for you. A million sins may stand in accusation of you, but none can reach you, for if you have shelter in Jesus’ wounds, you have shelter from every storm.

And while the Bible doesn’t connect a neat family nametag to the Holy Spirit, we can still see his power and protection in very tangible ways. My mom had Alzheimer’s disease for 10 years. It was a horrible, slow and painful death both for her and for us. And it was a real test of faith for me. How can a loving God allow his own child to deteriorate like that? If faith were something simply in me, a decision I made, a rationale conclusion of my mind—well, I can’t help but think an experience like that would’ve eroded it to nothing. But I look at my life at miraculously, faith survives in me—slumping, sputtering and halting at times as it may be—it’s still there. And there’s only one reason why. The Holy Spirit powerfully shelters the faith he creates, strengthening weak hearts, fortifying them with Word and Sacrament, enabling us to persevere in faith and providing shelter from the storms that would snatch us away from our God.

The story that began so dramatically, ends a little bit less so.  But I will forever be in the debt of the Walker family in Princeton, WI. Although we barely knew them ours, they opened their home to us many years ago as that tornado warning was sounding. It wasn’t like the movie Twister. We stayed at the house for a while until the all clear was given and then we carried on toward home. But having a refuge was much better than the terrifying alternative of having no refuge at all.

You probably see the spiritual point of comparison. Having a Refuge, an ever present help in trouble is infinitely better than the terrifying alternative. Our God doesn’t stop the storms of this world. He gives us a place to weather the storm. In his paternal arms, in his holy wounds, in his powerful Word, Our Triune God, in ways both dramatic and undramatic takes good care of his people.  And when we fall asleep for the last time, when the room grows dark, especially then we will find our Refuge in Him and soon after a blessed entrance to the place where storms no longer churn and threaten. Triune God, bring us there. Amen.

Day of Pentecost based on Acts 2 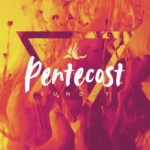 It’s All About Jesus
Scroll to top