Pastor Paul Waldschmidt delivers a sermon entitled “Build an Altar to the Lord” based on Genesis 8:18-20 at Peace Lutheran Church in Hartford, Wisconsin.

Most early childhood teachers could write a book filled with amusing stories and humorous anecdotes about the things they’ve heard from the mouths of babes in their classrooms over the years. My mom, a kindergarten teacher for 25 years, was certainly no exception. Were she still alive today, she could relate all the various, hilarious butcherings of the last name Waldschmidt that she heard over the years. Or she might tell you about the kindergartner who complained on the first day of school that the school’s toilet paper was virtually unusable because it was way too scratchy. But I’m almost certain she’d tell you her favorite story about the little boy who showed up on the first day of school and less than a minute after the opening bell, raised his hand and asked, “When are we gonna learn how to drive?”

That kid knew what he wanted to do on his first day. He had multiple options, a world full of things that he had yet to learn, but they all played second fiddle to the thing he knew had to come first. Getting behind the wheel.

Our text for this Thanksgiving takes place on a first day of sorts. When God said to Noah, “Come out of the ark” it was the first day of completely new world. Noah was used to being a resident on earth. But he wasn’t used to being the only resident on earth! I mean the people who came off the ark—Noah, his wife, his sons and his sons’ wives.—were starting from scratch in every way.

So if you think that your “to do” list for Thanksgiving dinner is substantial, I’d venture a guess to say that Noah probably had you beat. Imagine being him. What kinds of questions are running through your mind as set foot on dry ground for the first time in a year? How about “Where are we?” (Remember, this mountain where the ark came to rest could’ve been hundreds of miles away from where Noah started.) “Where’s our next meal coming from?” “Where are we going to sleep tonight?” They needed to find a water source, build shelter, find tillable ground, you get the picture. The only thing that’s unchanged preflood and postflood is that there are still only 24 hours in a day. On his first day in a whole new world, Noah’s got a million things on his mind, two million things on his to do list. So what does he do first? He builds an altar.

Now keep in mind, this was more than just a matter of heading over to Menards and picking up an altar kit. There was the finding followed by the heavy lifting of large stones, carefully arranging them one on top of another. Plastering the seams with mud. Just building the altar was exhausting and time consuming. We haven’t even talked about what was going to go on top of the altar yet. Taking some of all the clean animals and clean birds, he sacrificed burnt offerings on it.  Did you catch that? Some of ALL the clean animals. Now we don’t know exactly what that means, number wise, but suffice it say that there were animals upon animals being slaughtered and consumed by fire on that altar. It could’ve taken hours, even days to offer this sacrifice.

So why would a man so weighed down with responsibilities put everything else on hold and consume precious resources, precious energy and precious daylight to build an altar and offer a sacrifice? Why would he do that? You know why. Gratitude.

Noah knew that without the message of God, he could’ve just as easily been outside the ark instead of inside the ark when the flood came. Moments of great loss are brutal to endure. But we emerge on the other side, by God’s grace, with a greater appreciation for the things we have. Life, faith, people that we love. Those aren’t Hallmark greeting card platitudes. They aren’t intended to be trite generalities.  In fact, they are the primary things we give thanks for on a day like this. Noah emerged from the ark and everything he knew had been destroyed. But he had his life. He had his faith. And he had the people he loved. And that made him build an altar.

God grant us the grace to follow his example. First of all, in slowing down and taking inventory. Noah had a million things going on in his life and in his mind. So do we. And it’s more than just the immediate holiday business before us. It’s the 24/7/365 the demands of life. Be here at this time, make sure that is clean. It’s time for that food to get prepared. It’s time for that project to be completed. Have you paid that bill? Have you called him back?  Tonight, tomorrow—just breathe for a minute. Slow down and look around you. Do you have life? Do you have faith? Do people that you love and who love you, too? Then your cup is filled is to the top. It’s easy to forget that.

It was 16 degrees when I got into my car in the Walmart parking lot last Sunday before church. I had stopped to get the doughnuts for TOPS, our Teen Bible Class. And the news that it was 16 degrees on November 18th was received pretty much exactly as you’d expect. “Are you serious, Lord? Well at least we only have about 6 more months of this!” But you see, while it was 16 degrees….I was getting my car. Which started and not only transported me, but also warmed up to a comfortable temperature during the drive. The drive from Walmart, where I got doughnuts! Life was good, but I was so wrapped in the 16 degrees that I lost sight of how good it was. Do you ever have that? Where a single willow of trouble or difficulty makes you lose sight of the whole forest of things that you have to be thankful for?  Oh, Lord forgive us, for taking so many for granted!

And he does. As regularly and consistently as the morning sun rises—solely by grace, without our merit, so also mercy and pardon rise from our God—solely by grace, without our merit. On the cross, Jesus said to his Father “punish me instead of them.” Today, Jesus says to his Father, “Bless them because of me.” And he does. Our Baptism is the Ark from which we emerge each day to a spiritual clean slate, a fresh start, a new life. Just like Noah did so many years ago.

And what’s the first thing on our priority list each day? Build an altar! Just like Noah did so many years ago. But that analogy limps of course. Because thanksgiving is more than just building a metaphorical altar with a 2 minute prayer at the beginning of the day. That’s not a bad thing to pencil in, mind you, but in reality, a Christian’s entire life is a continuous altar building from beginning to end. It’s every time, every action, every moment where you say, “Lord, accept my humble sacrifice.” 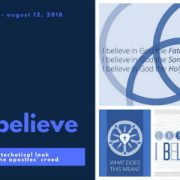 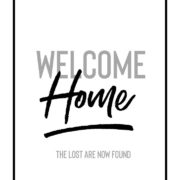 Jesus Was Committed to Save

Look the Lamb of God! 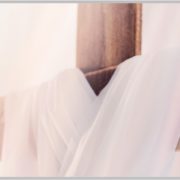 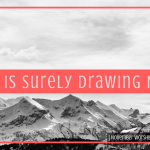 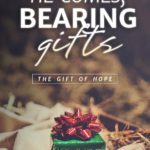 The Story of Sodom Gives Us Advent Hope
Scroll to top