Pastor Jeremy Husby delivers a sermon entitled “The Good News Has Been Made Known to You” based on Ephesians 1:3-14 at Peace Lutheran Church in Hartford, Wisconsin.

In the 3rd act of Shakespeare’s Hamlet, in discourse about a play within the play, the queen comments, “The lady doth protest too much, methinks.”

Human beings have a tendency toward trying to overcompensate when they don’t want others to know the truth.  They will string together the most elaborate of stories, or lets just be honest, the most elaborate of lies, in order to convince others of what they want them to believe.  In fact, there are even times when the fabrication becomes so fanciful that it seems as though the liar is even trying to come up with a way to believe the lie, themselves.

Certainly Shakespeare’s understanding of the human condition can help you identify with the characters in his play.  It could be that you have heard someone in your circle of friends and family go a little overboard with their objections.  When a simple no would suffice, they instead go off on a rant about how they would never in a million years; that they’d swear on a hundred bibles; or, like some sort of defense lawyer, they try to come up with so many pieces of evidence as they can that could prove their point.  Ok, Karen.  You could have just said no.  Now, though, you have actually made me think your real answer is yes.  The lady doth protest too much, methinks.

But what about when the stakes are much higher than a bit of entertainment?  And, what about when you are searching to identify with a personality trait of your own; taking the plank of wood out of your own eye instead of seeing the speck of sawdust in someone else’s?  Like, for example, what if you were reading or hearing Ephesians, chapter one, verses three through fourteen and searching to strengthen your faith and stay on the straight and narrow path to heaven?

Do you thinks that Paul might be protesting too much here and, more importantly, can you identify with why he might be?  You don’t have to reread or rehear the whole section.  Just listen to these phrases:

Twelve phrases that all mean the same thing…in twelve verses.  It’s all about Jesus and your relationship with him and in him and through him and under him.  What point are you trying to push, Paul?  Why did you feel the need to overemphasize that?  What is it, in you, that you are trying to overcome?  The inspired writer doth protest too much, methinks.

Do you remember Paul’s not so humble beginnings?  Back when he was known as Saul, he was a proud man.  He was a Jew among Jews.  He had a righteous upbringing.  He had studied under the best rabbis.  He was making a name for himself among the Pharisees and was so committed to what he thought was his religious tasks that he even stood watching while those who were opposed to him were stoned to death.

Up until his famous come to Jesus experience on the road to Damascus, his life was all about him and what he did to gain favor among men and in the sight of his God.

When he wrote to others, then, was it that he wanted to make sure that they didn’t make the same mistakes that he did?  Or, could it possibly be that, even now as the great missionary Paul, he still struggled with that same self-centeredness?

Or, for you, is it even worse?  In the last two weeks, you joined with hundreds of other Christians here at Peace, and millions all over the world, to celebrate the greatest gift ever given.  You sang Silent Night, (auf deutsch nonetheless).  You encouraged others around to Come, All Ye Faithful to Bethlehem’s manger.  You listened to Luke 2 and mouthed the words because you know them so well and, in those two weeks, you must have prayed the Lord’s Prayer a half a dozen times.

You deserve to have a couple extra drinks!  Why hasn’t anyone been posting on facebook about you being the model parent or friend?  Doesn’t everybody see how hard you have been working, both at work and in your personal life, to be the best version of you that you can be?

Even more than that, and, in fact, in addition to all of that, you, unlike so many other people, still took the time to remember the true reason for the Christmas season.  Can’t you just picture God smiling down on you, and all your efforts, as he continues to shower blessing after blessing upon you?

You have been blessed with every spiritual blessing.  The Father did choose you and predestine you.  You have redemption and the forgiveness of sins.  But, friends, it has nothing to do with you.

Before you decided to diet or resolved to play with the kids a little bit more in 2020; before you spent those long hours at the office; before you chose to spend your Saturday night in worship instead of doing something more fun or woke up early on a Sunday to sing praises instead of sleep in; before anything that you did that could be counted as favorable or that would put more weight on the positive side of the eternal judgment scale; even before the creation of the world, you were chosen by your God.  Why?  He chose us in him.

If it were based on you and what you deserve, no matter how much thou doth protest, you would receive nothing.  Your God chose to give you your blessings, both physical and spiritual, because of Jesus and what Jesus did in place of you.

Instead of looking at you, your God saw that Jesus lived a perfect life; that he, and he alone, was the model relative, friend, co-worker, and Christian.  Where you could only come up with excuses, Jesus used his holy and precious blood to excuse you.  Where you have tried to pile up those stacks of evidence proving the premise for your own pridefulness, the great Judge declared you justified despite the real evidence that clearly proves otherwise.

Brothers and sisters in Christ, it is a very good thing for you to read, hear, and write that your life and everything that you have is all about Jesus and your relationship with Jesus, in Jesus, through Jesus, and under Jesus.

But the Good News of great joy that is for all the people was not proclaimed to you so that you could defend your sins or cover up how you really feel about committing them.  The Good News has been made known to you to forgive those sins and to save you from the punishment you deserve because of them.  Don’t believe the lies, even if they come from your own heart.  Hear again and believe the Word of truth, the gospel of your salvation.  Because of Jesus, your inheritance in heaven is sealed.  God guarantees it.  Amen. 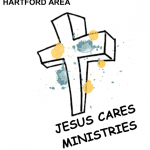 More Than Meets the Eye
Scroll to top