In July 2009, a man was found wandering in Seattle’s Discovery park. He was dehydrated, confused, $600 in his sock. And he had no idea who he was. And no identification. As police investigators questioned him and then local news started to ask the public for help, snippets of the man’s life started to emerge. It was verified that he had taught English in Shanghai, studied to be a chef at the Culinary Institute of America, had encyclopedic of Renaissance art and European history. He was fluent in English, French and German. But even after the investigators told him that his name was Edward Lighthart, he replied, “That doesn’t ring a bell” and insisted that they continue calling him John Doe. 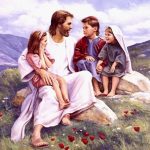 We Are Not Orphans. God Is Near!
Scroll to top