Guest Preacher, Pastor Paul Jonathan Loescher delivers a sermon entitled “We Are Not Orphans. God Is Near!” based on John 14:15-21 at Peace Lutheran Church in Hartford, Wisconsin.

In July 2009, a man was found wandering in Seattle’s Discovery park. He was dehydrated, confused, $600 in his sock. And he had no idea who he was. And no identification. As police investigators questioned him and then local news started to ask the public for help, snippets of the man’s life started to emerge. It was verified that he had taught English in Shanghai, studied to be a chef at the Culinary Institute of America, had encyclopedic of Renaissance art and European history. He was fluent in English, French and German. But even after the investigators told him that his name was Edward Lighthart, he replied, “That doesn’t ring a bell” and insisted that they continue calling him John Doe.

But that’s only part of it. You see, those questions make our identity sound like someone that we determine, that we create and craft and control. (There were an awful lot of “I’s, me’s and my’s” in those questions. Listen again, What is most important to me? Who are the people depending on me and the people I depend on? Where do I spend my time? How do I spend my money?) The reality, though, dear friends, is that your identity, the most important thing about you—is not what you call yourself, but what God calls you. That’s real easy to forget. So today it’s good that the apostle Peter reminds us. Don’t forget your identity. The word of the Lord is the epistle lesson from Peter’s first letter, chapter two:

Everybody of a certain age worries about having their identity stolen. Someone who steals your identity can apply for credit cards or loans with your name, can make withdrawals from your bank account, can purchase stuff online using your information. Having your identity stolen leads to countless headaches. But there is an identity theft that’s even more damaging, one that even Lifelock cannot protect you from.

Man was created in the Creator’s image, perfectly in tune with our God and perfectly able to actually do it. But a sneaky scoundrel rose from the flames of hell itself to steal that identity, to horribly deface God’s image in Adam and Eve and now…all of their children. We have a new identity thanks to that rotten devil, an identity you may not have thought about when we were asking those questions earlier—because it’s not necessarily an identity that we’re proud of. “Idol-worshipper.”

I read something this week that reminded me of that. It was an article in which the author laid his soul bare in a brutally honest confession. “If I’m honest, one of the defining features of my identity has been my desire to put something else—popularity, money, influence, sex, success—in place of God. That’s just who I am. For many years, I was taught that idolatry was sinful. As a good Christian, I fought the desire to commit idolatry, and repented when I got it wrong. But the desire to worship idols never went away.” Amen, brother. The 1st Commandment was not just made for ancient civilizations so prone to lay prone before gods made of wood and stone. The First Commandment—you shall have no other gods—was made for human hearts that by nature want to put their trust in anything or anyone else but God. Satan knows we won’t fall for worshiping tiki idols and voodoo dolls—so he tries to get us to worship, trust, find our identity in the things and people we live with, things and people that are God’s greatest gifts to us.

They can be used to define our identity. They can also be used to define our idols. You see, when your answer to those questions is concentrated on and limited to the things of this world, to something you can see and quantify whatever it may be…well, I hate to tell you, but you’ve got yourself an idol. Would I choose my spouse over my Savior? Do I love my family even more than Him? Do I trust in my IRA more than him? Does what I want to do, does what I think I deserve control my choices in life more than him?

Did you see it in that last one? What I want. What I think I deserve. Many times the idol I worship instead of God is…me.

If we’re going to have a realistic grasp of who we are, there is one identity that we must own because we most certainly have earned it. Idol worshipper. Self-worshipper.

But that’s not what Peter calls us here, is it? That’s because the image of God, the identity that was stolen away and replaced by the devil, gets added back, returned and restored by Christ Jesus. Peter’s so excited about that fact that he says it four different ways. You want to know your identity? You need to be reminded of who you are? Here you go. You are a chosen people, a royal priesthood, a holy nation, a people belonging to God.

Let’s talk about that last one in a little more detail. If you had a ring that had been appraised with a $10,000 price tag, you probably wouldn’t be wearing that thing out while out planting flowers. It would get dirty and it could very well slip off your finger and spend months on end in one of your flower pots out front your house or in the landscaping out back. You wouldn’t be so careless, because that thing is precious. If you lose it, you ain’t getting another one. Either you or someone you love paid a hefty price for it. It belongs to you.

But you are a people belonging to God, that you may declare the praises of him who called you out of darkness into his wonderful light. Our identity is not just our name. Our identity is what we do. Peter says that because you are a blood bought soul, you are a person with a purpose. To declare his praises.

Parents, you gave your children a name. Now you remind them of their identity. How do we do that? Care! You declare his praises when you show your children that you care about God and his Word.

Don’t leave it up to pastors, teachers, VBS and Sunday School. God has called you to be the One who declares his praise for your family. Embrace that identity and pursue it with your greatest zeal by what you watch on tv, how you talk to your spouse and your children, how readily you admit your mistakes, how easily you forgive.

Christian friends, your coworkers know your name. Do they know your identity? I know some folks are more reserved about their beliefs than others. I respect that. You can declare His praises by showing up on time, by following through on the things you say will do, by thinking ahead, by lightening the load of others. Those are ways that we show love to our neighbor. Those are ways that we declare his praises.

We declare his praises when we bring ourselves to his house and immerse ourselves in his Word.

We are a people belonging to God that we may declare his praises. That is who we are, that is why we’re here. Don’t forget. Don’t ever forget. Amen. 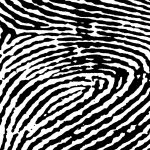 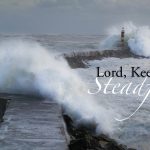