Pastor Paul Waldschmidt delivers a sermon entitled “The Dream Team” based on Mark 1:14-20 at Peace Lutheran Church in Hartford, Wisconsin.

Dear Brothers and Sisters in the Family of God,

Jeff Grayer. Willie Anderson. JR Reid. Ever heard any of those names before? Probably only if you are both a die hard basketball fan. Those obscure names from the hardwood were members of the 1988 US Men’s Olympic Basketball team. They lost to the Soviets in the Semifinals and ended up with a disappointing bronze. In the four years that followed, the rules were changed, and NBA players were allowed to participate for the first time.

Michael Jordan, Larry Bird, Magic Johnson. Ever heard any of those names before? Probably. They played on the 1992 Men’s Olympic basketball team. When NBA players were given the green light to play in the Olympics, the powers that be selected professional basketball’s best scorer. And then they handpicked the NBA’s best passer, best defender, best shooter, best rebounder, best shot blocker. And they brought them all together for a historic run of decisive victories. Defeating their opponents by an average of 44 points, they easily won the gold medal. History remembers them as the “Dream Team.”

I thought of the Dream Team when I read our text for tonight from Mark, chapter 1. 14 After John was put in prison, Jesus went into Galilee, proclaiming the good news of God. 15 “The time has come,” he said. “The kingdom of God is near. Repent and believe the good news!” This was a one of a kind moment in history. “The time has come!” The often promised, long awaited Son of God had come to save the world. And his gospel would need to go out from there to be preached to hundreds of nations, over thousands of years, to billions of people. You would think that, with so much hanging in the balance that Jesus would have assumed a dream team of helpers, servants, disciples.

“Okay, let me find the book smartest guy with the eidetic memory, so he can dispute the Torah with the Pharisees and scribes. Let me hand pick the street smartest guy, so he can figure how we’re going to put food on table and a roof over our heads. Let me find a few Type A personalities to plan our travel schedule and a couple of finance guys to take care of the treasury. (Anyone but Judas!) Give me a funny guy because he’ll be able to keep things light when times get stressful and tense. And give me the strongest guy who can fight off any enemies who decide they want to come after me with swords and clubs and what not.”

That would’ve made perfect sense—for Jesus to select a “Dream Team” of disciples to surround him during his life and then to send out after his ascension. Is that what he did?

16 As Jesus walked beside the Sea of Galilee, he saw Simon and his brother Andrew casting a net into the lake, for they were fishermen. 17 “Come, follow me,” Jesus said, “and I will make you fishers of men.” 18 At once they left their nets and followed him.

19 When he had gone a little farther, he saw James son of Zebedee and his brother John in a boat, preparing their nets. 20 Without delay he called them, and they left their father Zebedee in the boat with the hired men and followed him.

It almost seems like it’s the opposite of the “Dream Team”–like Jesus was walking on the seashore and said, “Ok, give me those two. And those two.” It wasn’t random, of course. Jesus’ time was too short and his mission too important to do anything randomly. He knew exactly what he was doing when he called Peter and Andrew, James and John. But we might be wondering…they themselves might’ve been wondering…..why Jesus chose them.  They were trained in, a quite likely very successful at, an entirely different career field. And as the gospels play out this team of disciples reveal themselves to be something less than dreamy. We hear a lot about them misunderstanding Jesus, fighting amongst themselves for seniority in the organization, trying to run with hare-brained and half baked ideas. In short, they seem like pretty regular guys. Perhaps that’s exactly why Jesus chose them!

They were the ones who realized that they needed him the most. The Dream Team of Disciples, maybe they would’ve started to think this was all about them. And that maybe any success that they achieved was due to their proficiency, their brains, their eloquence. The anti-Dream Team starts with nothing and because they do, they eventually come to realize that Jesus is everything.

Did they know they would see all those things and so much more when they heard his simple invitation on the sea of Galilee? Of course not. Following Jesus, took them in directions they never could have anticipated, but they never went there alone. Eventually, by faith, the followed Jesus to their heavenly home.

A dream team of disciples we are not. That’s not implying that all God’s people are plain scoop of vanilla, in a cup, no sprinkles. That’s not denying that God’s people have a variety of gifts and talents. What it is saying is that we don’t have to be supermen or superwomen to be valuable to our God and useful in God’s kingdom.

He took Peter and Andrew, James and John, regular guys and he used them as the pillars in his visible church on earth. They were no dream team. Neither are we. Our names won’t find their way into any history books, most likely. They probably won’t mean much to people who live 100 years from now. But we can make a big difference in the lives of the people around us right now as Jesus works through us in their lives. So we follow him as the disciples of old—learning from him, caring like him, serving for him. Superstars, not at all. We’re just happy to be on the team. Amen. 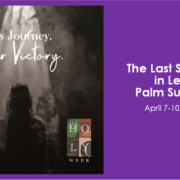 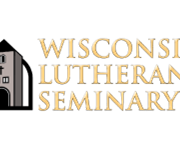 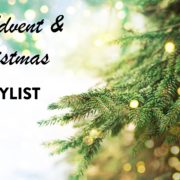 The Light Shines on People for People
41 replies